How to Free up Space in Gmail [ without loosing your data ] ?


Though Gmail is offering large enough space to it's free users; space is something which is never enough.

When you start getting the following message on the top of your Gmail, it's time to make some space. But what would you do? Find unimportant mails and delete? Well, like Gmail, we also believe in "don't delete anything" philosophy. Therefore, a better way would be to find not-that-useful mails and create a backup. Read on to know how it can be done:

Step 1 : Select the mails you want to backup. If you want to be fast, use following tips:
Step 2 : Once the mails are selected, apply a new Label to them so that we can use the feature of downloading mails with a specified label later on.

Step 3 : Go to https://www.google.com/settings/takeout?pli=1 or navigate to accounts.google.com and select Download Data. Here we will create an archive using the Google Tools.

First, click on Select None to unselect all the features as we only want to select Gmail while downloading our data. 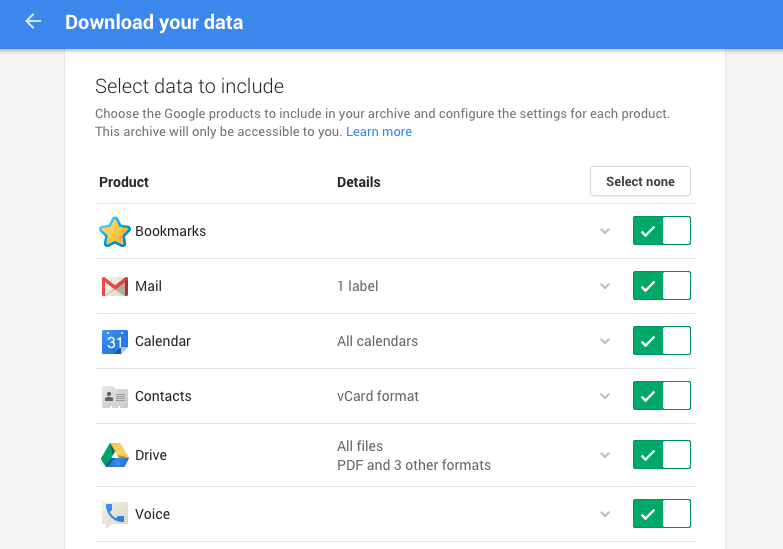 Select the Label you have created. 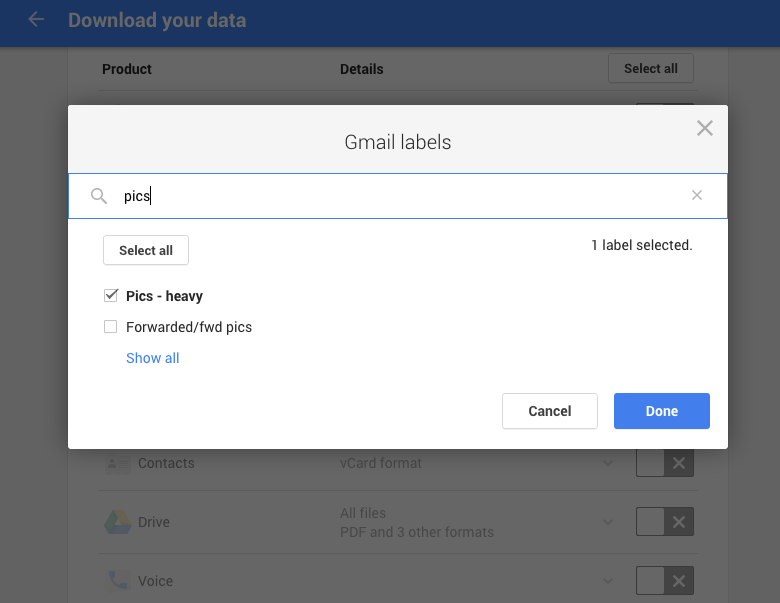 It will look something like this where only the Mail option will be selected: 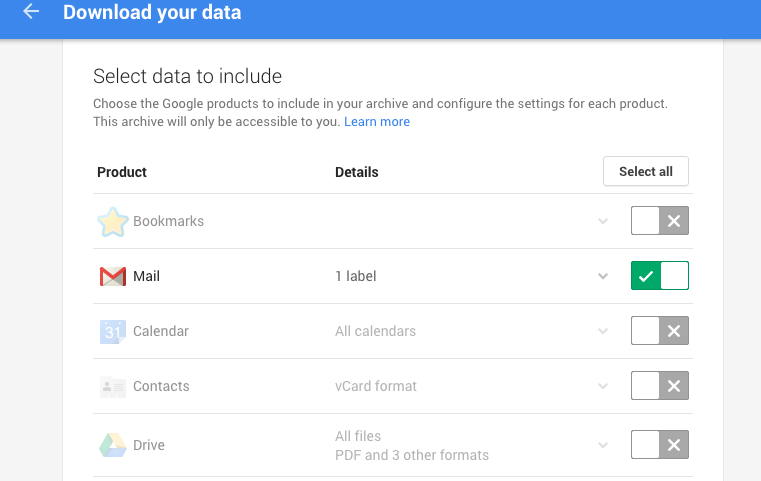 Select the File Format and click on Create Archive. 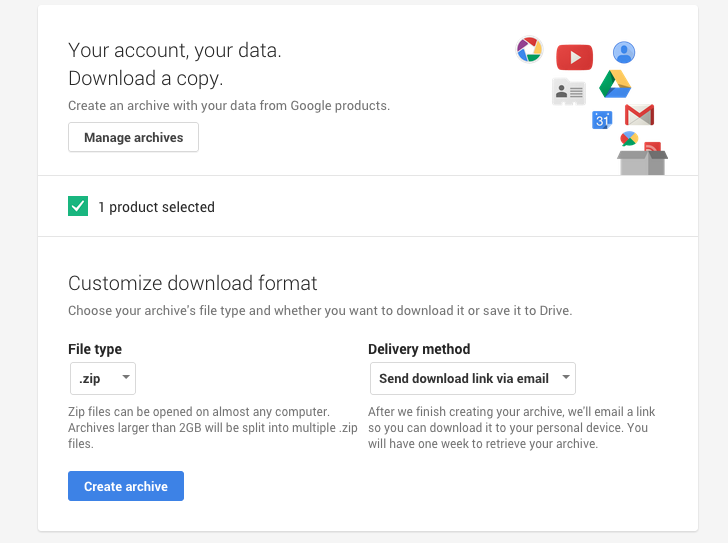 This might take some time, even hours, depending upon the amount of data you have selected.

Once the archive is ready, you will get a mail with the download link. The mail will be sent by "Google Takeout". 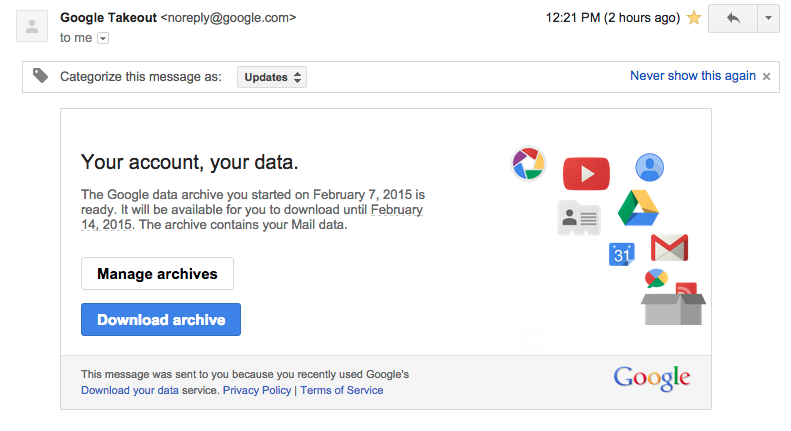 Step 4: Once the archive is created and you have got a mail with the link, download the file and keep it somewhere safe. 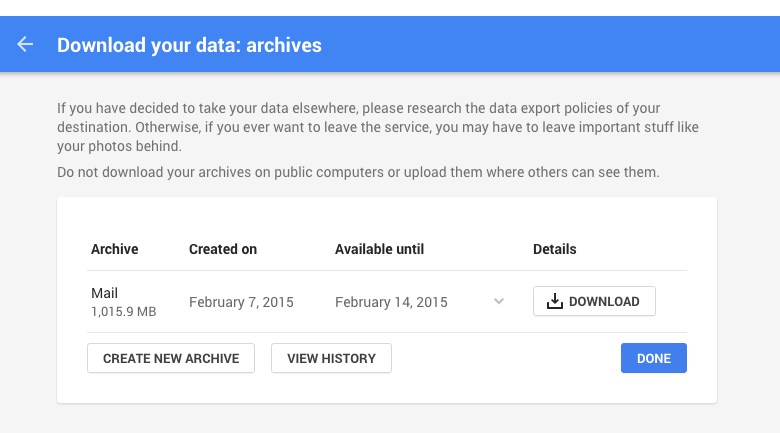 One thing to be noted is this is a time limited archive and has an expiry date. So if you are considering deleting the archived mail to free up the Gmail space, don't forget to download this archive as soon as possible and keep it at a safe place.

Once you have finished downloading the archive successfully. Cross check it for the consistency of the downloaded file and try unzipping it once to be sure.

Next, go back to Gmail, select the label that you have just archived, and hit the Delete Button.

Once the mails are removed from the Trash, we would have freed around 1GB of the space from Gmail!
The downloaded Mbox file can be opened in email clients like Thunderbird.
Backup Gmail Google Takeout